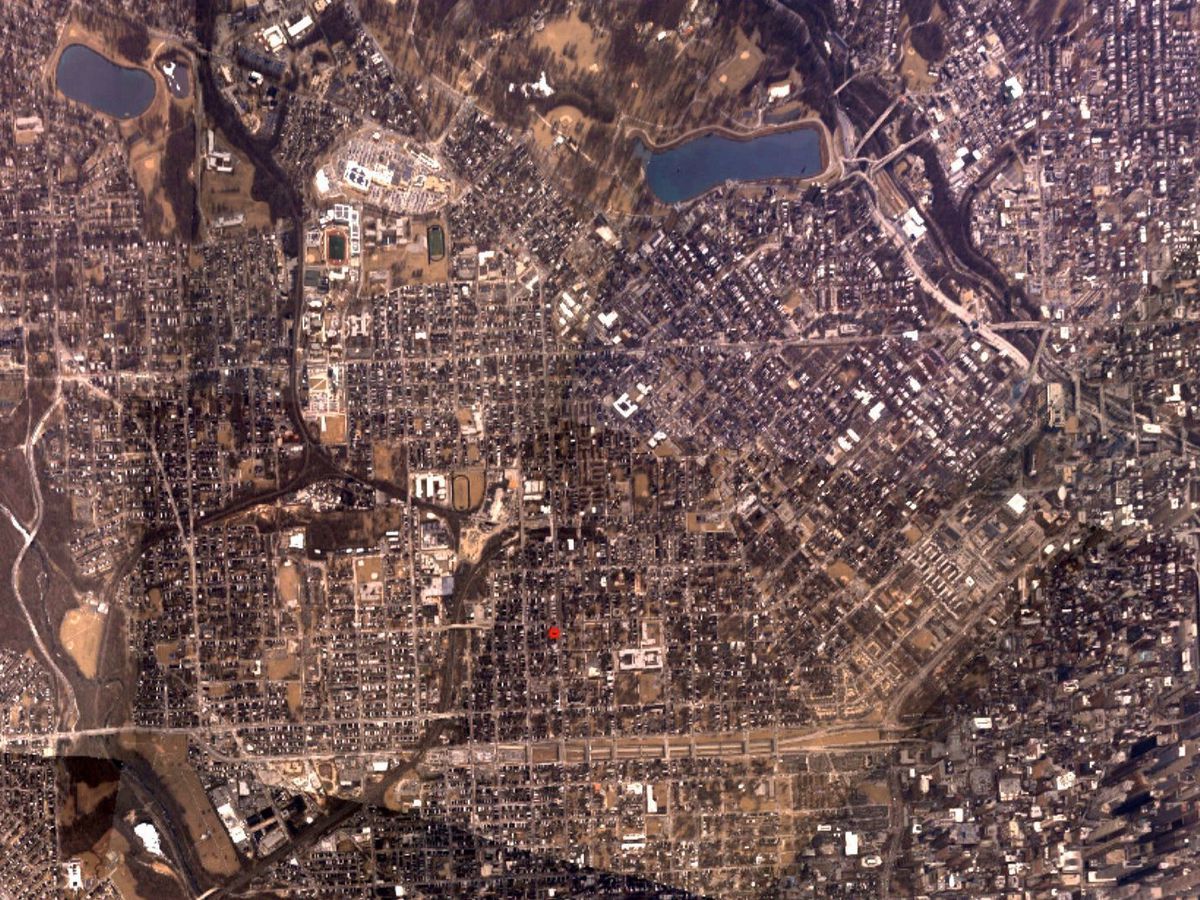 As the days of the pandemic tick by, we are witnessing overwhelming evidence that the U.S. is using COVID-19 as an instrument to institute a capitalist dystopia. But this is no blockbuster Hollywood film. This is today’s new potential reality through the national security state apparatus. While there is no denying that people are suffering (and dying) from COVID-19 and neoliberal austerity, we must be acutely aware that the state’s reaction is not protecting us from the virus.

Black Alliance For Peace coordinating committee member, Vanessa Beck, has maintained, “This crisis is a reminder that science has a social relationship to capitalism.” As Kwame Ture once noted, “capitalism doesn’t just lie some of the time, it lies all of the time.” Colonized people, with a horrific historical connection to both science and medicine in this country, must examine science in service of the state.

The uncritical and unquestionable belief of science as objective coupled with desperate hysteria has made it significantly easier for the state to use this crisis to criminalize everyday citizens, specifically colonized people. State officials have not gone through much of the same lengths to ensure proper protective gear, resources, and/or even testing for the people as they have locking- down the state. Instead, these last weeks have been met with “stay at home” (self-quarantine) orders coupled with curfews and mandatory masks orders (during a publicized mask shortage) that have been enacted in multiple states under the guise of flattening the curve.

The bill to provide relief to working-class people has amounted to the transfer of public money into private hands. Upwards of 10 million people in the U.S. have lost their health insurance, and there are countless reports that colonized people, who are most likely to work low-wage jobs (essential workers) and receive poor health care, are being turned away from hospitals.

Yet, none of the aforementioned has been prioritized nor addressed in order to “flatten the curve” of a virus that scientists predicted can kill millions of us. Instead, that same scientific prediction is being used by the Department of Justice and the state to create conditions to criminalize, arrest and detain people indefinitely. All of this is being done as calls for release of prisoners are being amplified from state to state because the conditions that make coronavirus deadly are exasperated within the jails.

The police state is not simply expanding through the presence of more policing but through the casual uptick in tracking and surveillance, including drone tracking. The U.S. interests in surveillance can not only be seen as domestic but should also be seen as another extension of its imperialist agenda. In an effort to ensure global technological advantage, particularly over China, the U.S. government has been examining how artificial intelligence can “address the national security and defense needs of the United States”.

In an article entitled Techno-Tyranny: How the US National Security State is Ising Coronavirus to Fulfill an Orwellian Vison it states that, “the national security apparatus of the United States is so concerned about losing a technological edge over China that the Pentagon recently decided to join forces directly with the U.S. intelligence community in order ‘to get in front of Chinese advances in artificial intelligence.’” It goes on to say that, “this union resulted in the creation of the Joint Artificial Intelligence Center (JAIC), which ties together ‘the military’s efforts with those of the Intelligence Community, allowing them to combine efforts in a breakneck push to move government’s AI initiatives forward.’”

In the push to “re-open” the economy, we are seeing many AI-driven technologies become more widely adopted and implemented as a response to COVID-19. The task forces and advisors that are behind the government’s plans to “re-open the economy” using technology to respond to coronavirus and the crisis stemming from it are made up of the same people set to gain from a re-opened economy using said technological advancements (ie Amazon, Lockheed Martin). These technologies, which include everything from geolocation tracking to monitor locations of people through their phones to sensors and facial-recognition systems that can analyze photos, will not just be limited to state use, but private businesses (like restaurants) to determine who might have come into contact with individuals who later tested positive for the virus.

Despite countries outside the U.S., like South Korea, touting biometric IDs as a way to track those who have contracted and lack immunity to coronavirus, a recent Forbes article on the potential future of “smart cities” as a means to combat coronavirus cautiously notes that “the use of masses of connected sensors makes it clear that the coronavirus pandemic is–intentionally or not–being used as a testbed for new surveillance technologies that may threaten privacy and civil liberties. So aside from being a global health crisis, the coronavirus has effectively become an experiment in how to monitor and control people at scale.”

While the state of Maryland is under a coronavirus lockdown, a Bush appointee federal judge has cleared a planned pilot program by the Baltimore Police Department to consistently surveil the city for six months using cameras attached to airplanes—taking a single image per second. However, if the entire state is under stay-at-home orders, one has to question the ability to produce accurate pictures or assess [potential] crime during this “pilot program”.

Before the pandemic, BAP-Baltimore reported on Operation Relentless Pursuit, warning of this possible capitalist dystopia with the understanding that there

“should be no confidence in any imperialist parties or state institutions to address the horizontal violence plaguing our communities. The behavior of police departments in this state and across the U.S. shows us the role of the police is to protect private property, sectors of the middle-class community, and the ruling-class interests.”

What this recent judgment in Baltimore appears to symbolize is a trial run for a much larger scale deployment of urban surveillance, concepts already being played within cities like Detroit and New Haven, Connecticut.

During this pandemic, many have exposed the truth of the U.S as the oligarch system it is. This pandemic has undoubtedly exposed the blatant existing contradictions in this country. Workers are being pushed back into the workplace, despite the current risks, in order to “save the economy”. This is being fast-tracked through the uses of technology, like surveillance, that will ultimately target colonized working-class communities. We are witnessing the ruling-class attempt to save itself and with a chokehold over the U.S. courts, elections, prisons, police, government, and economic system, we are witnessing the lengths the ruling-class is willing to go to ensure a capitalist dystopia.

As Brandon Walker of Ujima People’s Progress Party points out, “Baltimore City Public Schools are now asking for donated old computers while the BCPD pigs are getting new toys to help them sit in cop cars until an arrest is made.”