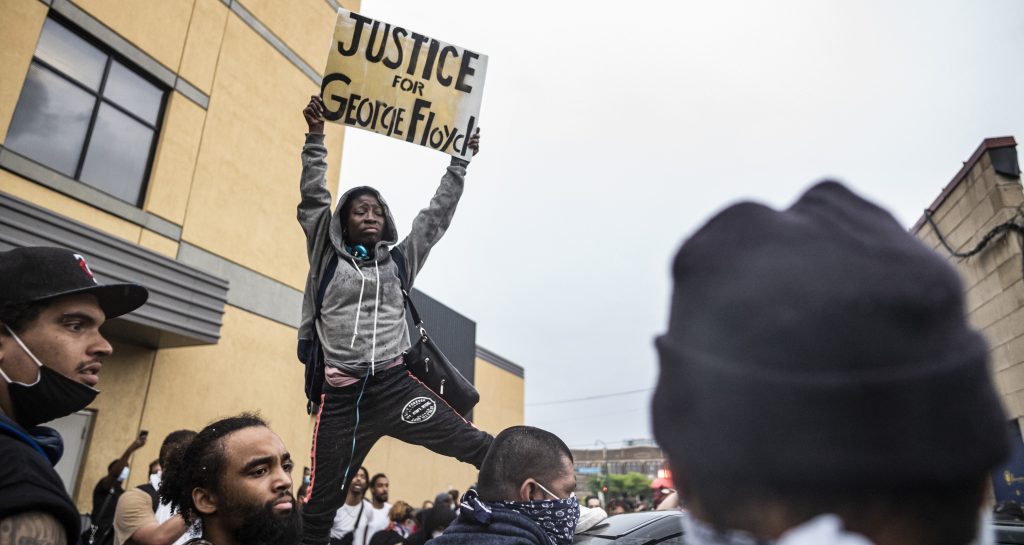 1. Liberating Black people from racist violence requires the complete transformation of the US as a racist, colonial state—not selective outrage at individual manifestations of racism or piecemeal reforms of police departments.

2. No act of racist violence is surprising when you realize the United States itself is a 400-year act of racist violence. From its inception the United States has been built on individuals, institutions, and states that harm Black people without repercussions or justice (see: slavery, segregation, policing, prisons, lynching, forced impoverishment, and discrimination in education, healthcare, and housing).

3. The United States = Black Death and Indigenous Death (and the suppression of people around the globe). The US is founded upon slavery, genocide, and colonialism—specifically “settler colonialism.” Colonizers traveled from Europe to “settle” or steal the land from Indigenous people. In settler colonial states, settlers create their own racist set of laws and institutions and receive privileges for actively participating in systemic violence against the colonized populations. In the case of the US, this means Black and Indigenous people and the victims of US foreign policy.

4. Black people have been killed (actively or passively) by this racist country every year for the last 400 years and this suffering has never provoked white settlers to organize for our freedom.

5. Racism against Black people is a product of Western colonialism generally—and of US settler colonialism specifically. Eliminating racism requires addressing colonialism and its legacies.

7. Colonizers will never organize for the freedom of the colonized and will only cede when forced to by a powerful movement of organized Black people and other colonized people. Indigenous tribes and nations, Hawaiians, Puerto Ricans, Pacific Islanders and victims of US violence worldwide are our allies and are included in this process of decolonization and reparations.

8. There is no utility in sharing videos or images of Black people being murdered in order to educate complacent settlers, who have no material interest in transforming the racist conditions they benefit from. Sharing these images largely reinforces the violence of colonialism by traumatizing and threatening Black people and turning Black Death into a spectacle for consumption and morbid entertainment.

9. The only thing Black Death should be used for is inspiring Black Resistance.

10. The anti-colonial movements of the 1960s had the key to ending our oppression: socialist revolution and unity of the colonized peoples of Africa, the Americas, and Asia until we have worldwide victory against capitalism and colonialism.

Bonus: The main ideas here apply to colonized people around the world and every colonial state (all of Western Europe, its settler colonies—such as [KDB1] Canada, Australia, New Zealand, and Israel).

There are few people who are dehumanized to the point of broadcasting our execution and dead bodies for the world to see (mainly African and Arabs).

I have seen Palestinians share images and videos of their people being murdered by Zionists. My understanding is that they are not sharing to educate those who are complacent with their oppression, but to encourage their own people to resist.

[KDB1]There are other settler colonies – like S. Africa, Argentina – that I am omitting. It might be useful in a future piece to demonstrate examples of settler colonialism and its impact on African/Indigenous people.