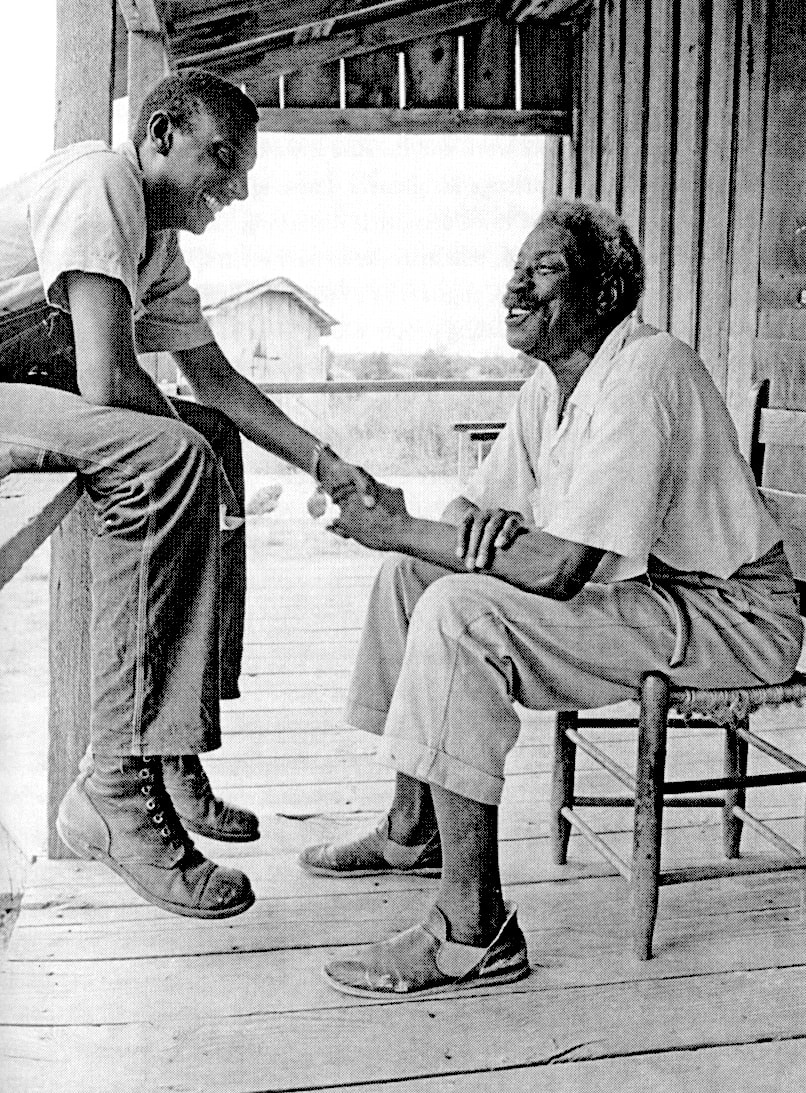 U.S. Congressperson and former civil rights activist/organizer John Lewis was laid to rest today.  His service took place at the historic Ebenezer Baptist Church in Atlanta, Georgia, U.S.  The ministerial home of Dr. Martin Luther King Jr. in the 50s and 60s, Ebenezer has a long history with African people’s struggle for freedom and justice.  That’s why its surreal that we find ourselves in a place today where someone like Bill Clinton can be welcomed into the pulpit at Ebenezer to offer an opinion on the correct path African people must take to achieve our forward progress.  Clinton, of course, was the 42nd president of the U.S. empire.  His claim to fame while being president was fooling scores of Africans into believing that he was our friend.  It wasn’t until Obama was elected in 2008 that some African people stopped referring to Clinton as “our first Black president.”  Underneath the superficial character presentation of Clinton existed a politician who built, along with his wife and many other opportunists a colossal industry based on imprisoning African people in this country.  The Omnibus Crime bill, passed during Clinton’s tenure in 1994, proliferated incarceration rates, primarily of poor and African and/or Indigenous peoples, at record rates.  And, yet, despite that clear legacy of harm caused against our people, we still invite someone like this to speak in one of our most storied and respected churches.

As a result, it should come as no surprise that Clinton used his opportunity to honor Lewis by taking a swipe at the legacy of Kwame Ture (Stokely Carmichael).  Ture, was the organizer within the Student Non-Violent Coordinating Committee (SNCC) who unseated Lewis as chairperson of SNCC in 1966, thus signaling SNCC’s turn towards much more militant politics.  In Clinton’s words, this nation is in such a better place because Lewis refused to continue within SNCC after “Stokely.”

Of course, the position advanced by Clinton should surprise no one who has studied the history of this man.  And, it was ironic that Clinton reminisced during his Lewis speech about “being with Jesse Jackson” because it was Jackson who was at the center of one of Clinton’s first clear indications of what type of snake he really was.  During his 1992 presidential campaign against George H.W. Bush (the first Bush president), Clinton used a traditional Southern Strategy race baiting tactic to call out Jesse Jackson, who at that time was considered one of the leading civil rights leaders in the U.S.  Clinton did this by making a public reference to Jackson having some type of political comradery with then so-called “Blacktivist”, rapper, Sista Souljah who had made a name for herself by calling out white supremacy in uncompromising terms.  Clinton, in a direct appeal to bourgeoisie voters, primarily European ones, attacked Jackson at that time as pandering to racist African militancy.

In some ways, what Clinton said today about Kwame Ture is a continuation of those politics of respectability and accommodation.  That the only right way we could ever advance our struggle for justice is by adopting positions that did not challenge the very existence of the power structure.  Instead, the “responsible” way to struggle is always that of waiting, being patient, and working within the very system that keeps us oppressed.  Clinton’s comments were opportunistic and designed to send a message to our people at a time when the very foundation of this system is being questioned in many ways.  Clinton’s message?  Don’t stray too far away from the master.  Stay within this system and you will be rewarded.  Resist, and you will be punished.  It would be hard to find much fundamental difference between what Clinton said today and what Trump says every-day.  Plus, its highly doubtful that Lewis himself would have agreed with the characterization that Clinton gave regarding SNCC’s direction in 1966.  Now, I doubt there is even 2% of what Lewis believed that I agree with, but one thing I do know is that even after an initial period of distance after that 1966 election, Lewis evolved to a place where he eventually had a positive relationship with Kwame Ture.  He even came and participated directly in the dinner honoring Kwame’s life shortly before Kwame made his own physical transition back in 1997.

The bourgeoisie are the spokespersons for the international capitalist/Imperialist network which is led by the U.S.  And, Clinton is undoubtedly a member of the bourgeoisie class.  Every U.S. president is a member of this class, including Obama.  Their roles after leaving the presidential office are to continue to advance the values of capitalism, which cannot happen without also advancing white supremacy, patriarchy, homophobia, and all the forms of injustice that capitalism thrives on.  Obama does this routinely as does Clinton.  Its their class responsibility.  The bigger problem is that so many of us have no understanding of history, and no desire to have an understanding, that when these people distort our history, we don’t have the tools to effectively push back.  For example, if someone was to say, as Clinton did today, that SNCC, under Kwame Ture’s leadership (and later Jamil Abdullah al-Amin, formally H. Rap Brown, and then Phil Hutchings), went downhill and Lewis left to preserve some level of dignity while those wild Africans ran the organization into the ground, it would be necessary for you to have the proper understanding of SNCC history to place Clinton’s comments in the garbage can where they belong.  You can do that by understanding what happened to SNCC after Kwame became the chairperson of the organization.  What happened is the launching of the most recent Black power movement.

The bourgeoisie want you to define that era in the late sixties by the hundreds of urban rebellions, but we employ you not to back down from that challenge.  Even Dr. King knew that urban rebellions are the voice of the voiceless.  In other words, when people are in pain, they lash out.  When a child touches a hot stove, they don’t start singing a song and playing.  Urban rebellions are reflections of this system’s inability or desire to change oppressive conditions, so people lash out.  If people don’t want people lashing out, care more about people unjustly losing their lives than you do about property being attacked as a result of this glaring human contradiction.  Besides that, what SNCC actually accomplished through the Black power movement was a mass awakening that we as a people have the right to exist in a manner consistent with our values and culture, regardless of how European society feels or thinks about it.  Without that movement, there would be no Black Lives Matter movement.  There would probably be no LGBTQ movement or women’s movements.  No physically challenged movement.  All of those evolved as a result of the Black power movement.  And, that developing consciousness led to SNCC taking a revolutionary position against the Vietnam war.  In fact, as quiet as its kept, it was SNCC that led the smash the draft movement.  They were the ones who popularized the saying “hell no, we won’t go!” (a Kwame classic), and they were the first national organization at the time (with respect to the Nation of Islam) to take a national position against zionism and in support of the Palestinian people.  Clearly, all of those things have

advanced and evolved to become mainstream elements of the social movements you are seeing in action today and none of this could be happening without the contributions of the more militant SNCC, led in party by Kwame Ture.  So, clearly, there was no moral imperative to part “from Stokely” as Clinton implied in his boring and absurd comments earlier today.

As was stated, Clinton is an enemy to African people and all of oppressed humanity.  Anyone who occupies that seat in the White House has no choice except to be that because their job is upholding capitalism which is the enemy of all of humanity.  So, despite the fact that we are the direct political descendants of Kwame Ture, we are not enraged by Clinton’s comments disparaging Kwame today.  We expect no less from the bourgeoisie, any of them.  What we wish to see happen is for you to start to take seriously this need to get organized.  To stop naively believing you can compete with this system by reading one book every once and a while and getting on social media and expressing opinions when the need arises.  Our progress requires constant organization backed by constant political education.  The way that demon can get on television and propagate lies about our history, we need to be able to engage our people with constant and correct political education.  I’m not upset at Clinton.  Demons do as demons do.  I’m wondering when we can grow to the level of moving past reacting to demons like him.