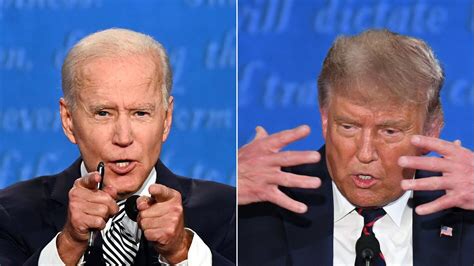 In the last weeks, there have been more and more building conversations around the potential of the 45th president of the US, Donald Trump, staging a coup to stay in office after the November 3rd general elections. The uncertainty of citizens’ (in)ability to vote by mail during a pandemic, and an open supreme court seat coupled with Trump’s rather outright statements suggesting he may not leave, has led to a cartoonish- like panic around how we are discussing the upcoming elections. The same groups are also having the conversations around these alleged possibilities and scenarios on the left that have essentially stood aside as the US intervening in election processes of sovereign nations went underway.

For example, in the last two years, there have been consistent bipartisan attempts to oust President Nicolás Maduro as the leader of Venezuela. The Trump administration even boldly brought opposition party member Juan Guaidó to the annual State of The Union address to gleefully applaud him (both republicans and democrats alike) and recognize him as the leader. The acknowledgment of Guiado was despite what the Black and Indigenous working-class masses of Venezuela, who overwhelmingly voted for and supported Maduro, have to say about it. The Democratic presidential candidate, Joe Biden, has vowed to complete the process that Trump has fumbled, should he win.

Another more recent example is the US’ role in the Organization of The American States (OAS) sabotage of the 2019 Bolivian elections that forced Evo Morales to step down, ushering in right-wing party leadership. This coup, supported by such darlings as democratic grifter Alexandria Oscario- Cortez, led to a massive killing of Black and Indigenous peoples of Bolivia and rampant removal of rights and environmental protections. This support of the coup, in turn, opened the country up to characters like Elon Musk to exploit the resources, specifically lithium, and keep the wheels of globalization and neoliberalism turning.

These relatively liberal (and reactionary) groups who chose to ignore violent coups backed by the US are now thrusting all organizing efforts on a possibility that Trump may not exercise a peaceful transition power (assuming he loses). What is disregarded in this instance is the historical precedent that allowed for this. Like so much of Trump’s antics, people seemingly refuse to assess the political trajectory that landed us here critically.

Take, for instance, the discussions around Trump potentially using the Supreme Court to ‘steal the election.’ It’s one of the main reasons Democrats have been pretending to challenge his ability to seat a judge after the death of Justice Ruth Ginsberg, despite citing how critical saving the Affordable Care Act (ACA) and the ruling of Roe v Wade is. Trump represents a very open contradiction that is at odds with the ruling class. The actual panic isn’t about saving these alleged rights. They know he could do it because using the courts to gain the presidency has been done before. In 2000, George W Bush used SCOTUS to become president. This proceeding exposed the hidden reality of how the three-party system functions as detailed in Kwame Ture and Charles Hamilton’s Black Power: Politics of Liberation.

“But what about the official “separation of powers”—the system of “checks and balances”? We are well aware that political power is supposedly divided at the national level between the President, the Congress, and the courts. But somehow, the war in Vietnam has proceeded without Congressional approval. We are aware that Constitutional niceties (really, they quickly become irrelevancies) divide power between the Federal Government and the states. But somehow, the Supreme Court has found no difficulty in expanding the powers of Congress over interstate commerce. At the same time, we are told that the Federal Government is very limited in what it can do to stop whites from attacking and murdering civil rights workers. A group interest does exist, and it crosses all the supposed lines when necessary, thereby rendering them irrelevant. ” (pg. 9)

Regardless of the mystification of and around a recently dead supreme court judge, the supreme court is not independent nor an impartial arbiter of the law. When Bush could not win a fair election, in a true partisan fashion, the courts allowed him to steal it. Trump would only simply need to follow that proven formula.

The material stability of our “voting rights” is being called into question. As we have seen with Bush and the blatant disregard of popular votes in 2016, the right to vote represents a constitutional crisis emerging due to the weaknesses and contradictions of the bourgeois two-party political system. The impassioned calls to protect voting rights, funneled through a “vote Trump out” message, largely ignore the limitations these rights present and serve to downplay the importance of voter registration as an avenue to forge our very own means of political power through independent parties.

The other issue presenting itself in the potential coup discourse is white militias. As of now, these militia groups have been openly calling for and, in some instances, organizing a “civil war” should Trump lose. During the first presidential debate, moderator Chris Wallace asked Trump if he would condemn white supremacist and militia groups that have shown up at protests across the country. Trump replied, “Proud Boys, Stand Back, and Stand By.”

Two days later, Trump announced on Twitter that he was diagnosed with COVID-19. After attributing fascism solely to Trump post the nod to far-right extremist groups, liberals decided to morally appeal to Trump voters by wishing him a speedy recovery. Liberals can acknowledge that he possesses a danger to us all but also believe that “going high” will somehow defeat that danger. The continuous misunderstanding of how fascism functions as an abstract formed from class and material forces that exist in this capitalist society have caused so many to be ill-prepared when directly faced with the phenomenon of white militias.

Recently in Michigan, after using confidential sources, undercover agents, and secret recordings, the FBI foiled a white militia plot to kidnap Governor Gretchen Whitmer and put her on trial. The details of this conspiracy, which led to 5 men charged, are indeed alarming and should be for anyone seriously engaging in organizing their communities. This incident is only months after state representative Sarah Anthony had to rely on armed [Black] citizens to walk her to and from her office because these same militia forces were threatening her. where does this place Black people today? Even with an approaching ruling (Brnovich v. Democratic National Committee, No. 19-1257), which may criminalize campaigning around getting out the vote and access to ballots, the fundamental issue of the state and the white power structure is not prioritized, at large. Our organizing efforts are not going towards what we know to be materially accurate at this moment. By approaching voting as the solvent, there’s been a shift on what and where our concerns should be. This dilemma leads voters directly into the arms of a democratic party that is exploiting the chaos of these current circumstances, to not offer any particular relief or drastic change in oppressive policies that conflict with wall street doners and warmongering Biden- Republicans, but to restore “order.”

It is quite likely that a Trump coup is a figment of the wildly vain imagination of liberals. Perhaps it isn’t.  But the consolidation of our organizing efforts in preparation for what may happen on election day and not the days after ultimately only serves state goals, not ours.

No Compromise. No Retreat.